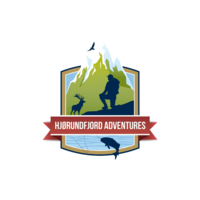 Add to travel plan View my articles
Precipitous mountains surround the valley, and at its narrowest Norangdalen is only 200-300 metres between the mountain walls. Norangdalen is one of the narrowest valleys in which you can drive a car.

A trip here will offer rich natural and cultural experiences.

The valley was shaped by glaciers during the last ice age. Avalanches and rockslides have furthermore given the valley a dramatic look. There are many avalanches annually and the tracks after these can be seen even in the summer months. The road can therefore be closed large parts of the winter.

A big rock and mudslide from the mountain Klippen took place in 1908. Locals said they could hear that this was bigger than they had ever experienced.

Not only did they hear the sound, but after some time large parts of the valley were covered in dust from the slide. This rockslide is the biggest known to have happened in Hjørundfjorden.

The rockslide filled the bottom of the valley with rocks, and the locals were met by a scree when they ventured back into the valley. Luckily there were neither people nor livestock in the area.

Lygnstøylvatnet is a special cultural heritage. To be able to see the remains of a pasture underwater is unique. Something similar can be found in the Italian cities Pompeii and Herculanuem which were covered by lava and ash by the volcano Vesuvius in 79 AD.

Preserve the heritage and respect the memories this area contains!